Cab firm could be in trouble After Driver Accused Of Rape 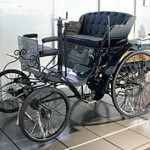 The New city government may ban one of its cab drivers after they was accused of raping a 25-year-old female passenger.

“Transport Department has banned all activities relating to providing any transport service,” the government of the capital said.

Police arrested the suspect, who will not be named, in his home town.

“The prime suspect accused in the case has been arrested,” Madhur Verma, deputy commissioner of police, told Reporters.

The alleged victim, a finance company executive, told police she dozed off in the taxi as she was returning home from dinner with friends on Friday night.

It has not come to light that the driver has been suspected of this type of thing in the past.  And his cab firm could face charges for not performing proper background checks.