Posted on June 6, 2015 by Matthew
Anis Abid Sardar is first person convicted in a British court for taking part in Iraqi offences. 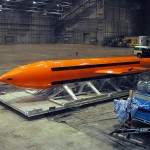 A London cab driver has become the first person to be convicted in a British court for taking part in the Iraqi insurgency after a court found him guilty of making bombs to kill members of the US army.

Anis Abid Sardar, 38, from Wembley, built improvised explosive devices while in Syria, which were planted on a road running west of Baghdad throughout 2007. Sardar was convicted of murder and conspiracy to murder at one of London’s courts.

One of the bombs caused the death of 34-year-old Sgt First Class Randy Johnson, of 2nd Stryker cavalry regiment, when it hit the armoured vehicle he was travelling in on 27 September.

Sue Hemming, head of special crime and counter-terrorism at the Crown Prosecution said: “This was a landmark prosecution that shows we will do everything in our power to ensure that borders are no barrier to terrorists in the UK being brought to justice for murder committed anywhere in the universe.