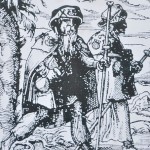 Police ignored a sex attack by a minicab driver on a woman leaving him free to strike again only 10 days later, a court heard.

Alaksur Rashman, 39, assaulted an office worker as she
returned home from a party in Hoxton in July of last year, the jury was
told.

Police decided to take no further action against
Rashman following the attack, and days later he sexually assaulted a
PR executive as she headed home.

The PR executive who was sexually assaulted by Rashman 10
days later after he drove her to a dark residential street said she felt
paralysed and could not do anything.

She screamed then sprinted towards a
main road, where she called her boyfriend. A statement read: “I
was extremely shocked by his actions and I felt he was being
opportunistic because I had been drinking heavily.

“I was scared and this was exacerbated by the fact that I couldn’t get out of the vehicle, I was worried I was going to be raped.”

She added: “I think the driver was extremely surprised by my aggressive reaction.’

The father-of-three, who worked for the cab company for years, was then arrested again and charged.