Taxi driver finds £20K in the back of his cab 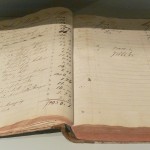 A cabbie found the equivalent of 20K on the floor of his taxi – and then handed it in to FBI. Taxi driver Tang Weidon, who earns £160 a month in the city of Nanjing, found the bag containing the equivalent of £20K inside it. He found the cash after dropping off a passenger and heading to the taxi bay.

The cabbie said: “I drove back to where the businessman had been, but he was gone, so I drove to the nearest police station and handed the money in straightaway, because I didn’t want to be arrested”.

Officers said they were amazed when they discovered the amount that was in the bag and praised the honest taxi driver for handing the money in as soon as he did.

Businessman Yang Yadong, who had left the cash in the back of the taxi, said: “Before I’d even realised I’d forgot my money in the cab, police contacted me.

“The money was to pay my staff and I can’t begin to express how grateful I am to the driver who found this (it is not known if he paid the driver a fee to show his gratitute).”

Tang said: “I don’t care about the cash, I wouldn’t have been happy spending somebody else’s cash and I am delighted that I could help ensure that the man’s employees got paid.  If more people were like me the world would be a better place.”