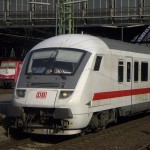 Taxi drivers in the city are demanding that cabs should be brought under the government ambit. Even as they accuse the regulatory bodies here of doing not much to end “unfair, monopolistic” practices, transport officials commented by saying:  “nationwide uniform policy” for companies such as Uber, Ola and TaxiForSure will be out within a couple weeks.

After having pursued the legal route to pressure the government to evolve a system to regulate aggregators, Bangalore Tourist Taxi Owners’ Association has been running from pillar to post demanding action. “The aggregators have to be regulated. While our prices are fixed by the government, the aggregators slash rates to beat us in this regard. And when customers have started to move towards them, they raise rates…this is monopolistic,”.  Shivanna, president of the association, said: “The Motor Vehicles Act is under the State government. They have all the powers and need not wait for anything”.

While dismissing the notion of “monopoly” by cab aggregators, Rame Gowda, Transport Commissioner, said the Centre had asked States to wait for directions to ensure there was uniformity throughout the nation. He expected the directions from the Ministry of Road Transport and Highways to arrive within one week, after which the government will frame its rules in a few days.